With the posting of the "Sleeping Beauty" (1959) Master Background by Eyvind Earle, I thought it would be interesting to post some of the concept work I have in the collection. To learn more about the artist, check out THIS POST on Earle. By the way, I've included the shots of the framing so that you can see one approach to showing the animation artwork as serious art.

This first "Spinning Wheel Room" concept is interesting because it is such a close match to the other "Snow White" items that I have of the same sequence. Check out THIS POST and then come back! 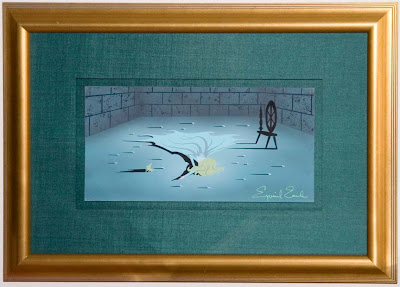 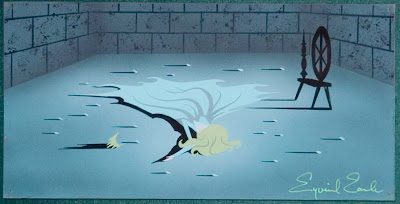 SeqID-1443
Here is an interesting view from the room and balcony to the forest area outside the castle. I thought the strong verticals were very dramatic. 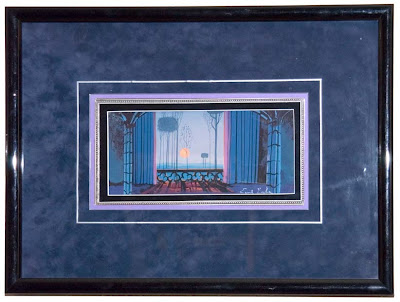 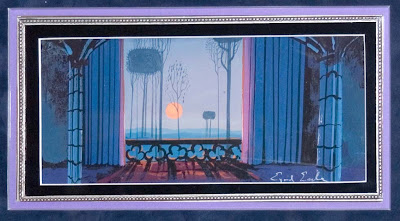 SeqID-0961
My son really liked this one! A great action shot and the line in the trees matched the Queen's back. 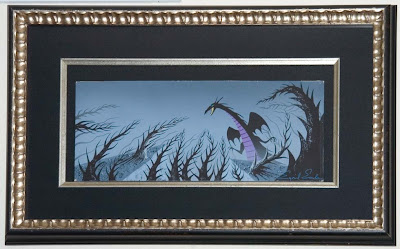 SeqID-0963
Most of Earle's art is on small pan piece of art board. This is the only one we have that doesn't fit that aspect ratio. 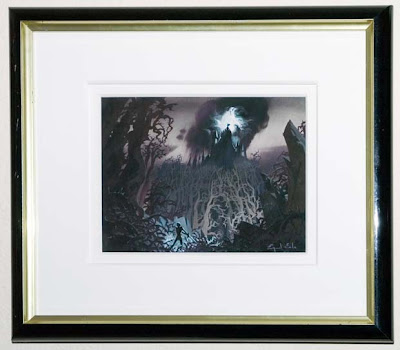 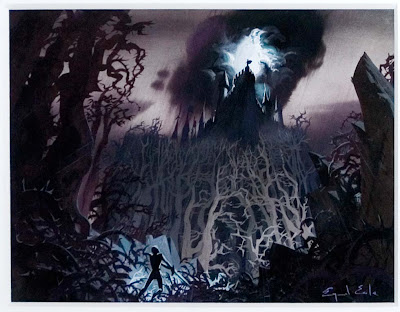 The following item, along with the top concept piece from the Spinning Room, is one of my favorites. Even though the colors and lines are not at all restful, I find it a calming piece. This piece has many of the qualities that I found interesting in his works toward the end of his life. 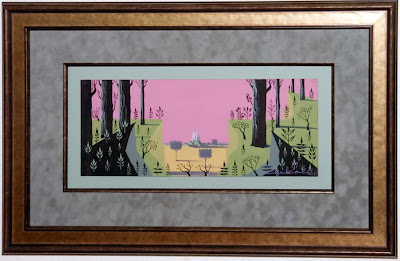 From “Sleeping Beauty” (1959) by Eyvind Earle. Eyvind Earle (1916-2000) concept art from Sleeping Beauty. A watercolor and gouache drawing depicts the Prince trying to make his way through a jungle of brambles to get to the castle high on the hill where the sleeping Princes awaits, signed lower right Eyvind Earle. CONDITION: the watercolor drawing is in very good condition. PROVENANCE: This was originally in the Jeff Lotman Collection of Animation Art that was sold by Sotheby's in April/May, 2001. [9"W x 7"H] SeqID 0950 8/5/2005