OK. Let me get started again....  Continuing with some nice pencils of the Crows from Dumbo.  One of the more interesting items is a sketch of the Crows with their names and mark up directions. My guess is that the names were added at a later time, but it does provide some insight as to the process of getting everyone's name correct...


The crow characters in the film are in fact African-American caricatures; the leader crow voiced by Caucasian Cliff Edwards is officially named "Jim Crow". The other crows are voiced by African-American actors, all members of the Hall Johnson Choir. 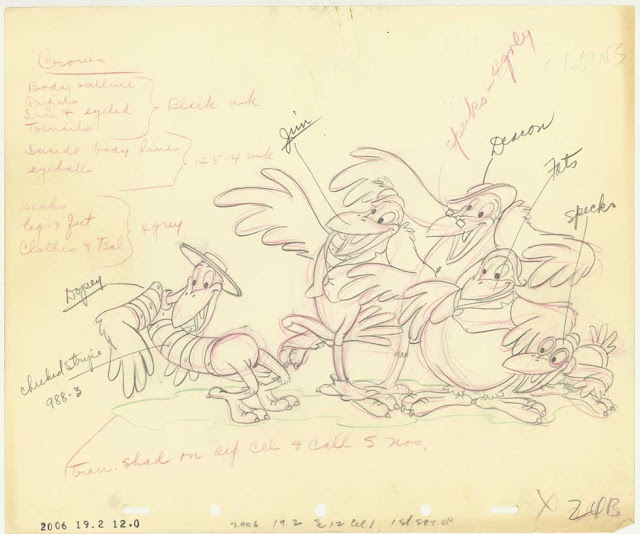 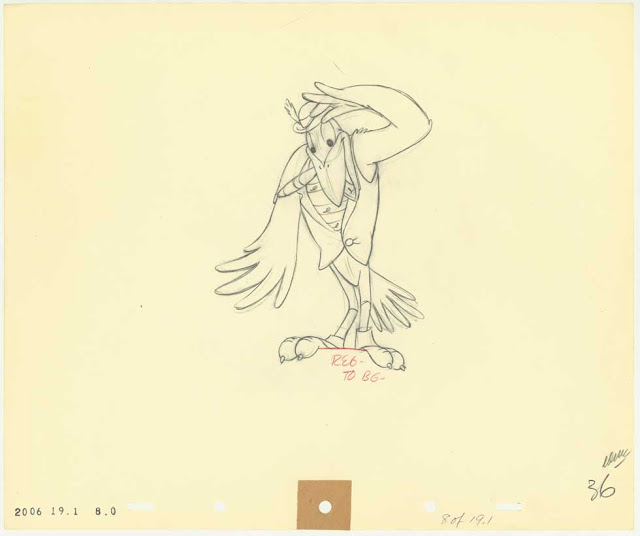 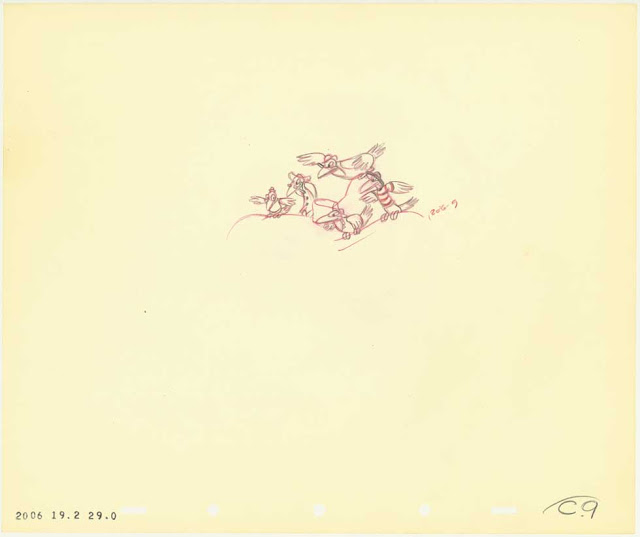