Here are three pencils: two Director's sheets (those sheets with the timing marks lower right) and another general shot. While the Director's sheets are more rare and have a somewhat higher value, the last sheet has the more recognizable characters (Eddie Cantor [who coined the phrase "March of Dimes] and Arthur Treacher).

The unfortunate aspect is that the vast majority of the population has no idea why these folks were Hollywood celebs -- and, frankly, neither do I. These cartoons (and the Celeb Genre as a whole) were very popular at the time and a number of studios turned out cartoons with cameo appearances by figures that graced the Silver Screen at the time. But the unique humor of the cartoons only lasted as long as the viewer could identify the Hollywood character -- either by facial recognition or their unique physical humor.

What I'm quickly finding out is that just looking up the names of these Hollywood greats and near-greats doesn't seem to work any more. You have to look for a clip from their movies to get a feel for why they were singled out for inclusion in these cartoons. When I watch these films today I smile and chuckle at the antics but I know full well that I'm only getting a third of the jokes. They almost need a set-up piece on the front end to get the viewer "up to speed" on the role these folks played in American cinema as the country was dragging itself out of The Great Depression. For example, Eddie Cantor (bottom sketch) lost most of his fortune in the Stock Market Crash (which he referred to as the "Stuck Market") and originated the phrase "March of Dimes." Or that there was more to Arthur Treacher than "Arthur Treacher's Fish and Chips."

There is a history lesson in these films. A lesson that is probably far more interesting than we realize. But, since it takes work on the part of the viewer to do the research, I doubt if much will be done. Other cartoons in the late 1930's, on the other hand, dealt with more timeless issues that could be understood just as easily today as back then. Ah, well... Thinking about this makes me tired. 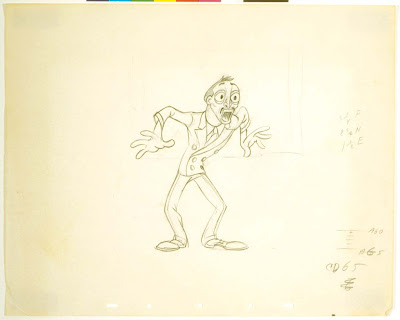 One year after signing a long-term contract with Universal, Auer broke through into the realm of featured character actors with his Academy Award-nominated turn as the fake nobleman/freeloader/gigolo Carlo, in the classic screwball comedy My Man Godfrey (1936), over at Columbia in 1936. That was the first year that Oscars were awarded to supporting players, and although he lost to eventual three-time Best Supporting Actor Academy Award winner Walter Brennan, it made him as a popular character actor. Auer -- the Mad Russian -- became a fixture in comedies of the late '30s and early '40s. Of the role of Carlo, he said: "That one role made a comedian out of me. I haven't been anything else since. It's paid off very well. Do you wonder that I am flattered when people say I am mad?"
He turned in a memorable appearance as the Russian ballet-master Boris Kolenkhov in Frank Capra's Oscar-winning classic You Can't Take It with You (1938) opposite Jean Arthur and Ann Miller. Other memorable parts in the "Golden Years of Hollywood" phase of his career came in the musical One Hundred Men and a Girl (1937) in support of Deanna Durbin and as Boris Callahan, who touches off a cantina catfight between Marlene Dietrich and Una Merkel in the classic Destry Rides Again (1939). 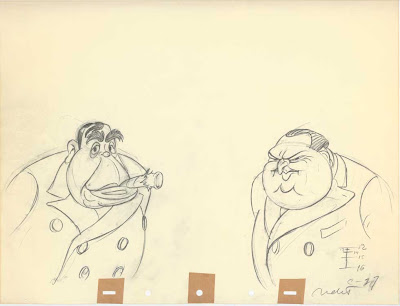 Novelist and dramatist who acted in occasional US films of both silent and sound eras. Hosted the Academy Awards in 1935.

Born Gunther Schneider in New York City in 1890, Edward Arnold began his acting career on the New York stage and became a film actor in 1916. A burly man with a commanding style and superb baritone voice, he was a popular screen personality for decades, and was the star of such film classics as Diamond Jim (1935) (a role he reprised in Lillian Russell (1940)) Arnold appeared in over 150 films and was President of The Screen Actors Guild shortly before his death in 1956. 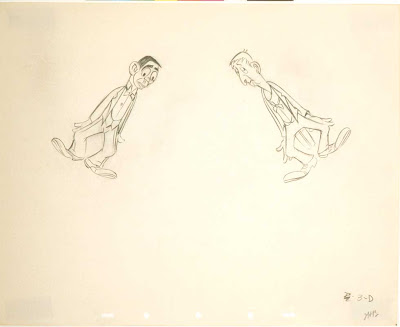 He invented the name "March of Dimes" for the donation campaigns of the National Foundation for Infantile Paralysis (polio), a play on the "March of Time" newsreels. He began the first campaign on his own radio show in January 1938, asking people to mail a dime to the nation's most famous polio victim, President Franklin Delano Roosevelt. Other entertainers joined in the appeal via their own shows, and the White House mail room was deluged with 2,680,000 dimes.
Singer, songwriter ("Merrily We Roll Along"), comedian, author and actor, educated in public schools. He made his first public appearance in Vaudeville in 1907 at New York's Clinton Music Hall, then became a member of the Gus Edwards Gang, later touring vaudeville with Lila Lee as the team Cantor & Lee. He made Broadway stage appearances in "Canary Cottage", "Broadway Brevities of 1920", "Make It Snappy", "Kid Boots", "Whoopee", "Banjo Eyes", and the Ziegfeld Follies of 1917, 1918, 1919 and 1927. He had his own radio program in the 1930s, appeared often on television in the 1950s, and made many records. Joining ASCAP in 1951, and his popular-song compositions also include "Get a Little Fun Out of Life", "It's Great to Be Alive", and "The Old Stage Door". Eddie Cantor also wrote the books "Ziegfeld, the Great Glorifier" and "As I Remember Them", and the autobiographies "My Life Is In Your Hands" and "Take My Life".

Born Arthur Veary Treacher in Brighton, East Sussex, England, he was the son of a lawyer. He established a stage career after returning from World War I, and by 1928 he had come to America as part of a musical-comedy revue called Great Temptations. When his film career began in the early 1930s, Treacher was Hollywood's idea of the perfect butler, and he headlined as the famous butler Jeeves in Thank You Jeeves and Step Lively Jeeves--based on the P.G. Wodehouse character. He played a butler in numerous other films including: Personal Maid's, Mister Cinderella, Bordertown, and Curly Top. By the mid 1960s, Treacher was a regular guest on The Merv Griffin Show. The image of the proper Englishman served him well, and during his later years he lent his name to a fast food chain known as Arthur Treacher's Fish and Chips.